Palm Springs, California is the mecca of mid-century architecture, design, fashion, culture, and cocktails. This is celebrated annually at Modernism Week when the town showcases butterfly roofs and all-steel buildings, rattan furniture, far out wallpaper, bouffant hairdos, and martinis.

In February, I along with thousands of other 1950’s enthusiast, converged on downtown to partake in myriad tours, lectures, vintage car shows, and parties. Of the almost 100 events, I found the Illuminated Sunset Double Decker Bus Architectural Tour was a must. A historian rode along explaining the industrial elements it took to bring the landmarks to fruition, and told stories of when Hollywood’s royalty, a.k.a. Frank Sinatra, began building second homes in the desert. Because the tour is conducted at night, prominent buildings were lit with the year it was built and the architects’ names. To get a closer look at celebrities digs, the Rat Pack Playground and The Movie Colony walking tours were offered numerous times throughout the week.

Old Blue Eyes pool is shaped like a piano 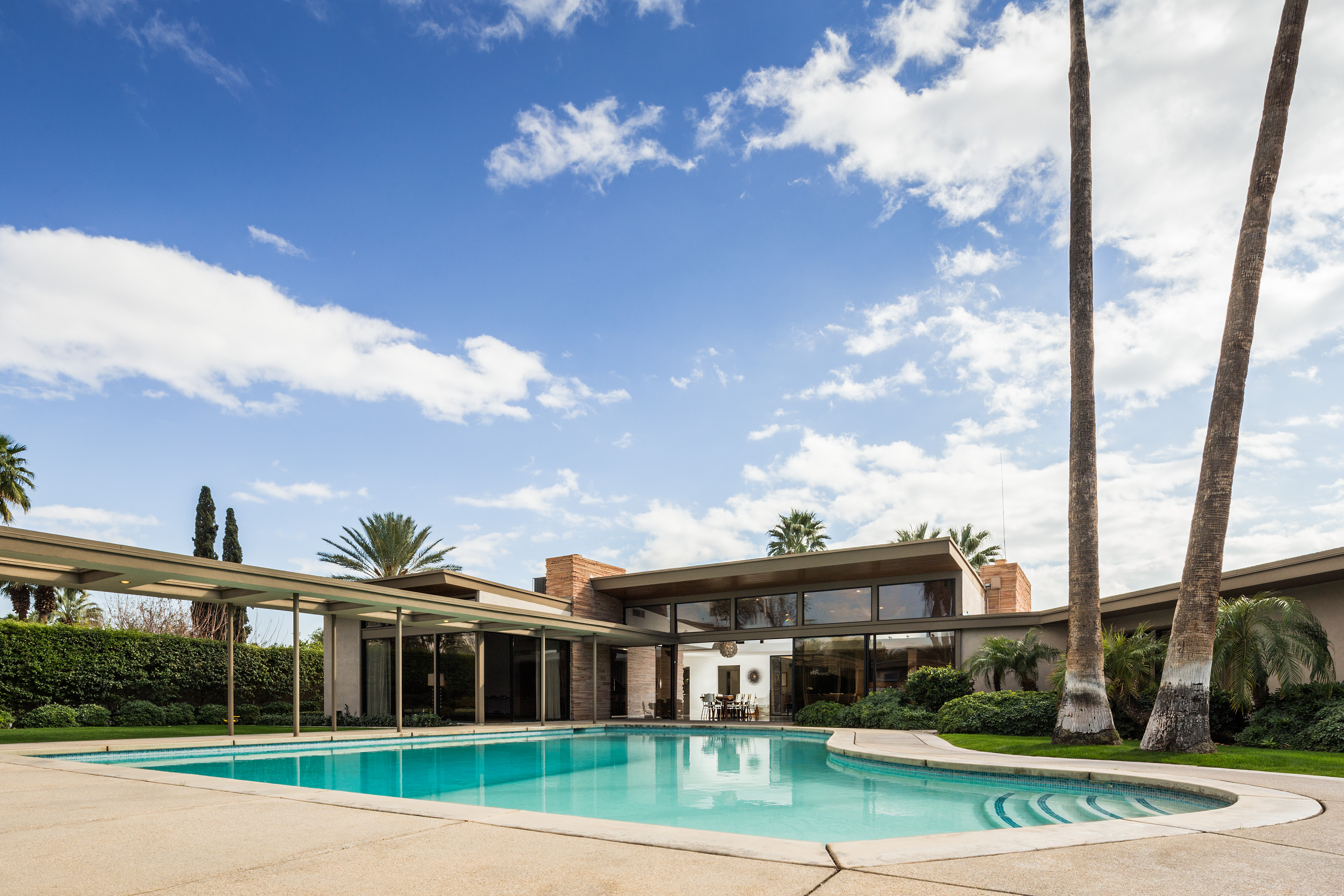 Another crazy fun event was the Starlight After Party at the Christopher Kennedy Compound Show House! World-class interior designers restored a classic property into an mid-century masterpiece. Every room in the house was design perfection. Attendees were decked out in retro 50’s clothing, and the bartender was mixing Singapore Slings and gin cocktails, shaken not stirred. People were buzzing from room to room, checking out the stellar decor. I fell in design-love about twenty times and was ready to move in. 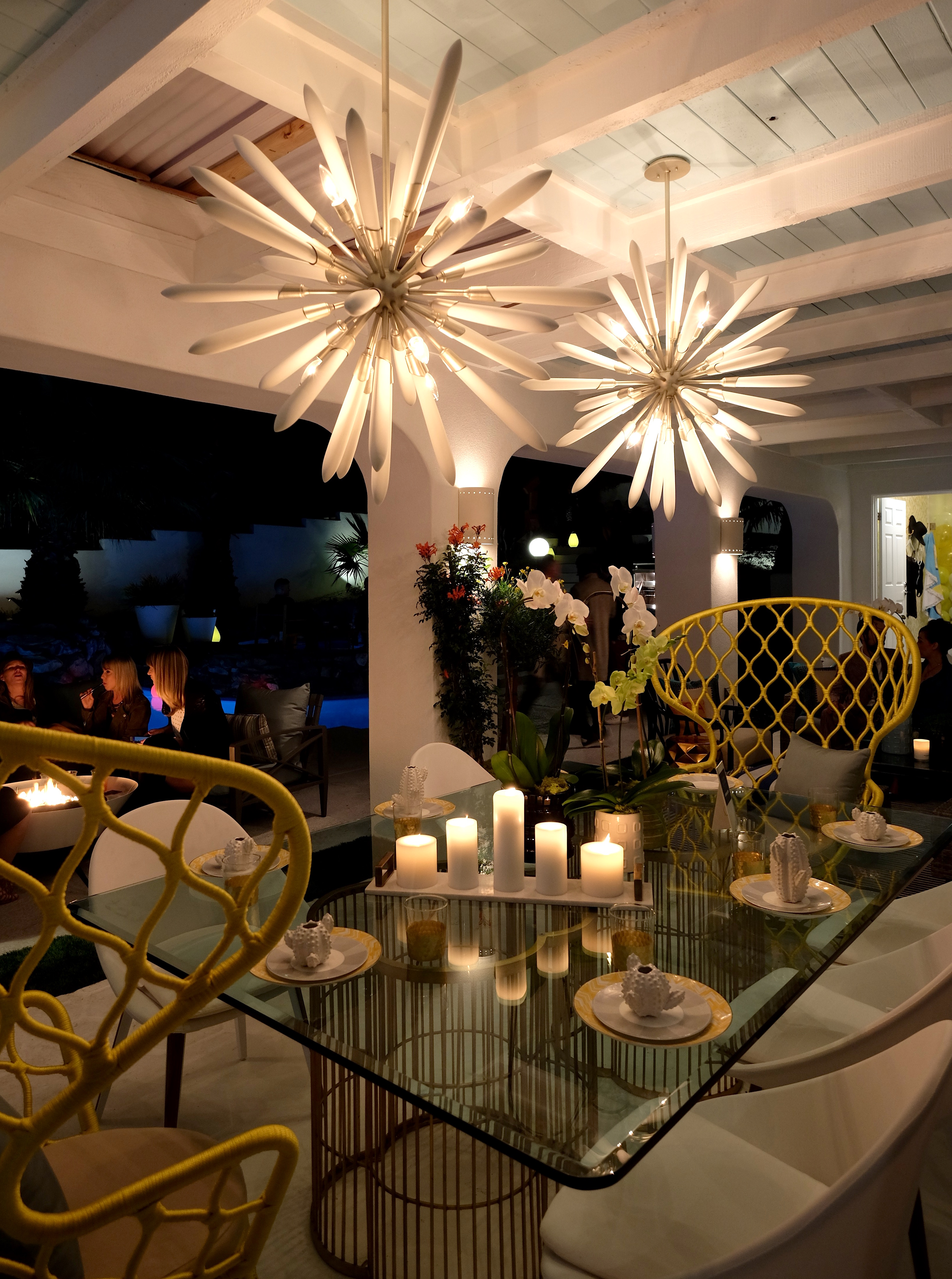 LOVED this cart in the den ! 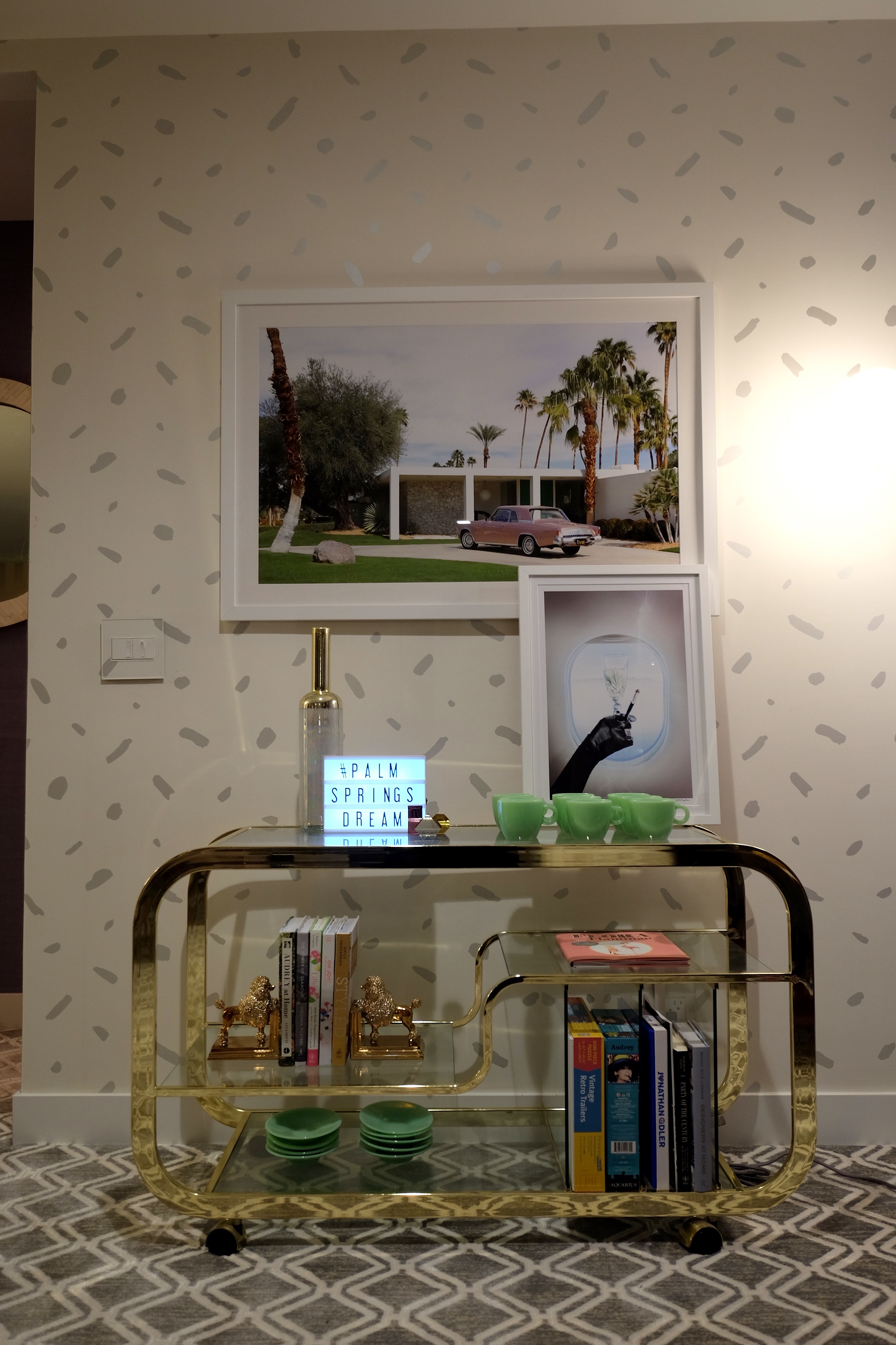 The colors of this dining room were to die for 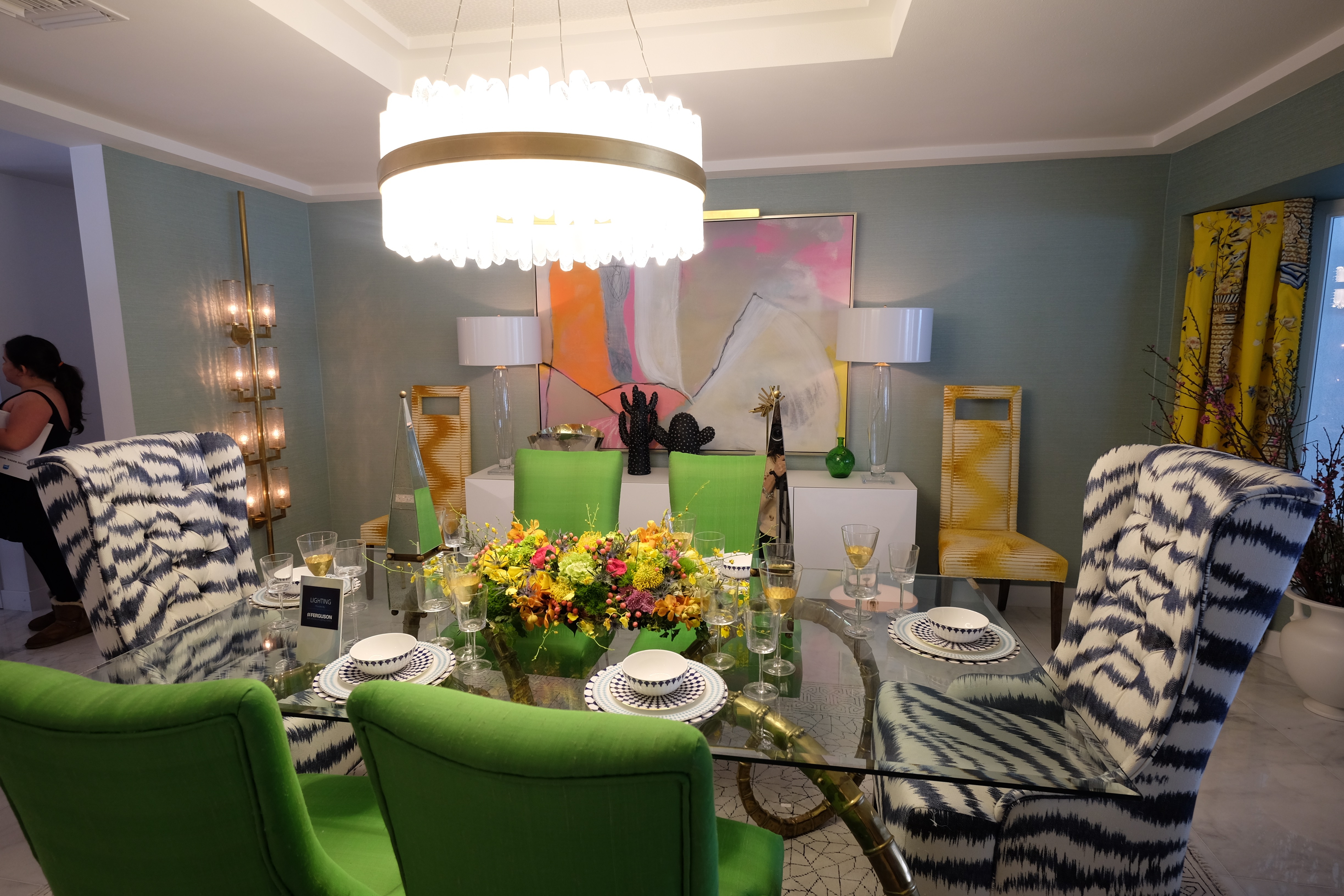 Without a doubt, keep your peepers peeled for the 2018 Modernism Week dates. Check their website for details: http://bit.ly/2oyCjn9. See ya at MW! 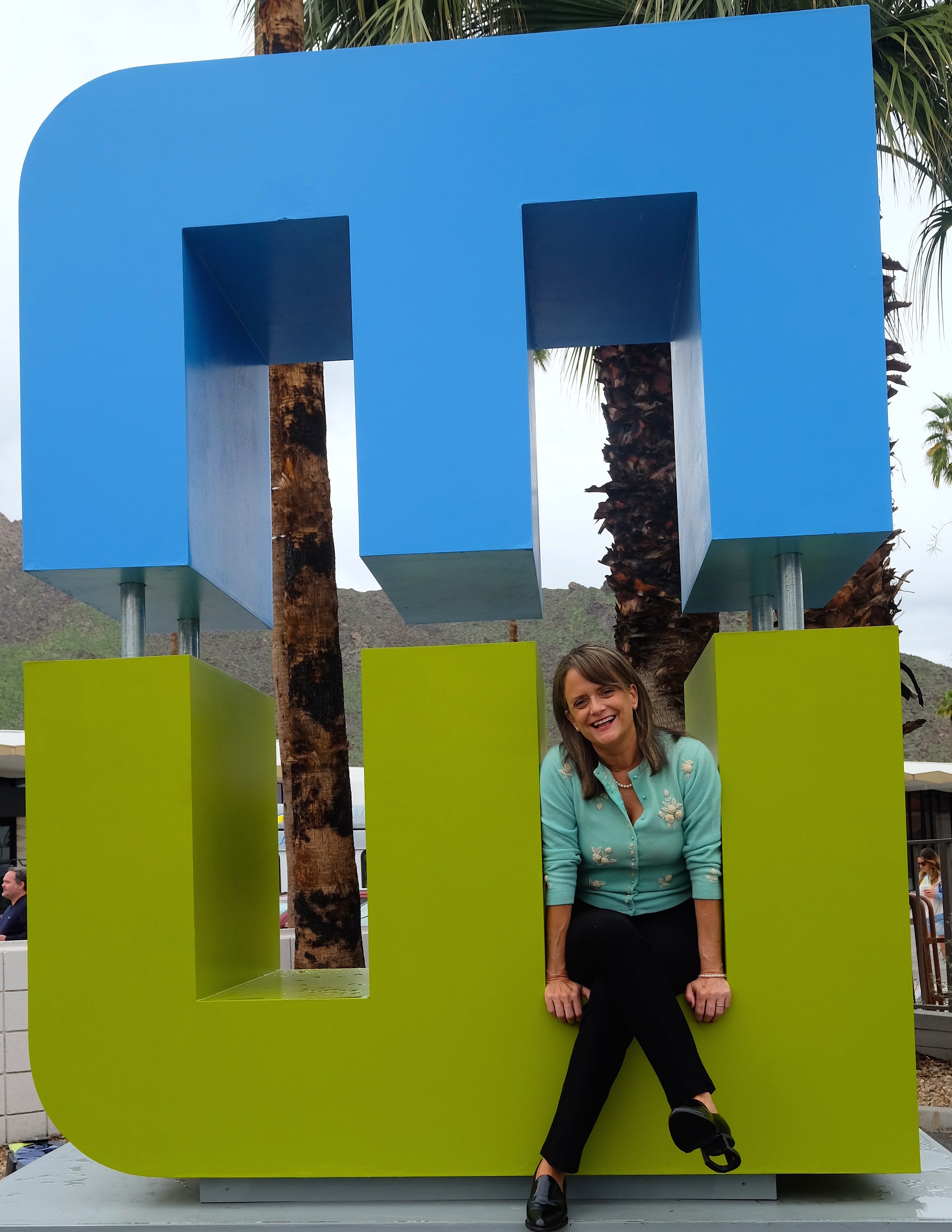