Sycuan Casino in San Diego County is raising the “steaks” with its new restaurant — Bull and Bourbon. The high-end steakhouse unveiled this month with Chef Aldo Negrete at the helm. Spanning 6,689 square feet with a capacity for 212 guests, the light and airy space is a new twist on old-time dimly lit, red-velvet booth dining. Two reasons this place is a cut above the rest is because of Chef’s expertise in dry-aging beef to perfection, and his custom wood-burning grill to cook the meat. A premium dish is the 30-ounce (almost two pounds!) ribeye. The cost, $85. A more digestible 8-ounce grass fed filet mignon will satiate your carnivorous craving for $32. For non red meat eaters, like myself, there are plenty of seafood, poultry, and penne options. 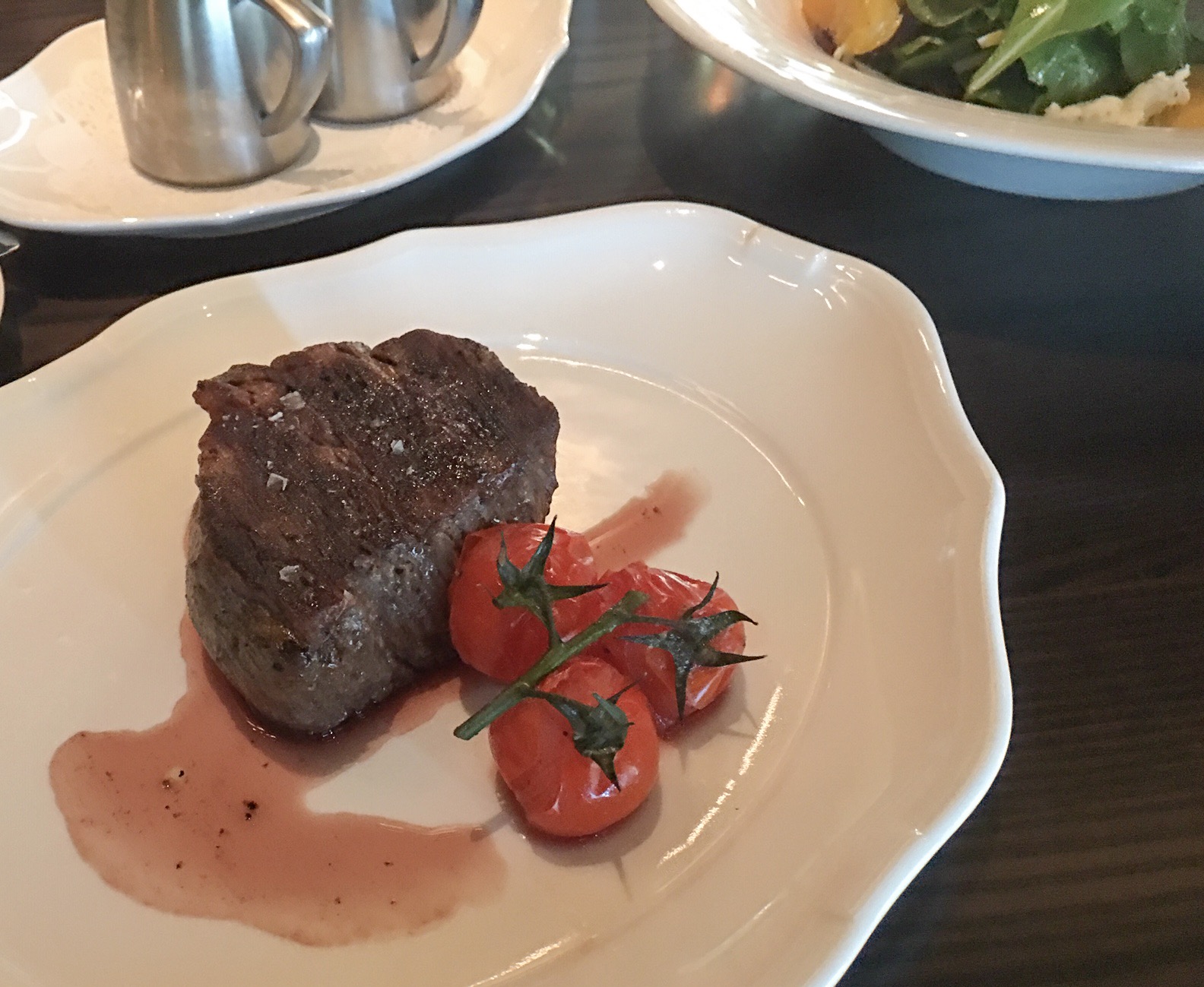 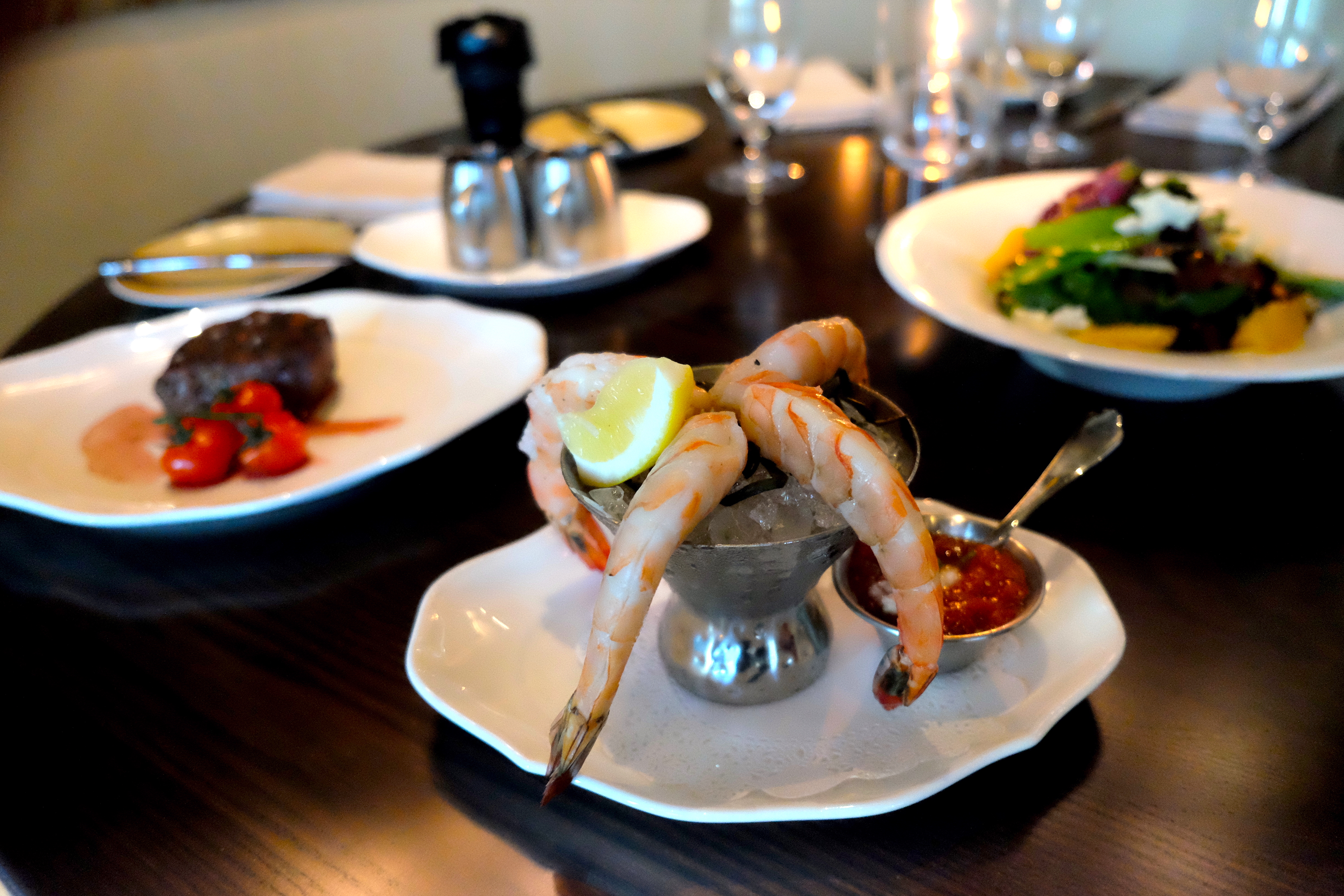 As the name states, there’s bourbon at this place, and plenty of it. Seventy-five different internationally-sourced distilled elixirs grace the bar shelves.

Bull and Bourbon is just one of the new restaurants opened after the casino’s $260 million expansion. The Sycuan Band of Kumeyaay Nation tribe started with humble beginnings in 1983 as a bingo parlor. The sovereign nation operates as an independent, self-governing body; similar to states in relationship to the federal government. The Sycuan tribe is not required to pay federal taxes. They are governed by an elected, seven member tribal council headed by a councilman or woman. Each serve a four year term. Among other things, they oversee various business endeavors for the tribe. One such enterprise are the recent Vegas-style additions to the property. A 12-story hotel, full-service spa, lazy river/swim up bar, Elicit Bar & Lounge with artisanal cocktails and live DJ, and the food court — UnCommons. All rival their counterparts in the desert. It took two years to bring this to fruition, but it was worth the wait for the food alone! Iconic, local restaurants were chosen to be featured in UnCommons — Phil’s BBQ, Hodad’s, Lucha Libre, Luna Grill and Sycuan’s own concept, Hangry Slice pizza. Having taste tested food from each eatery, I can attest to the deliciousness of them all. 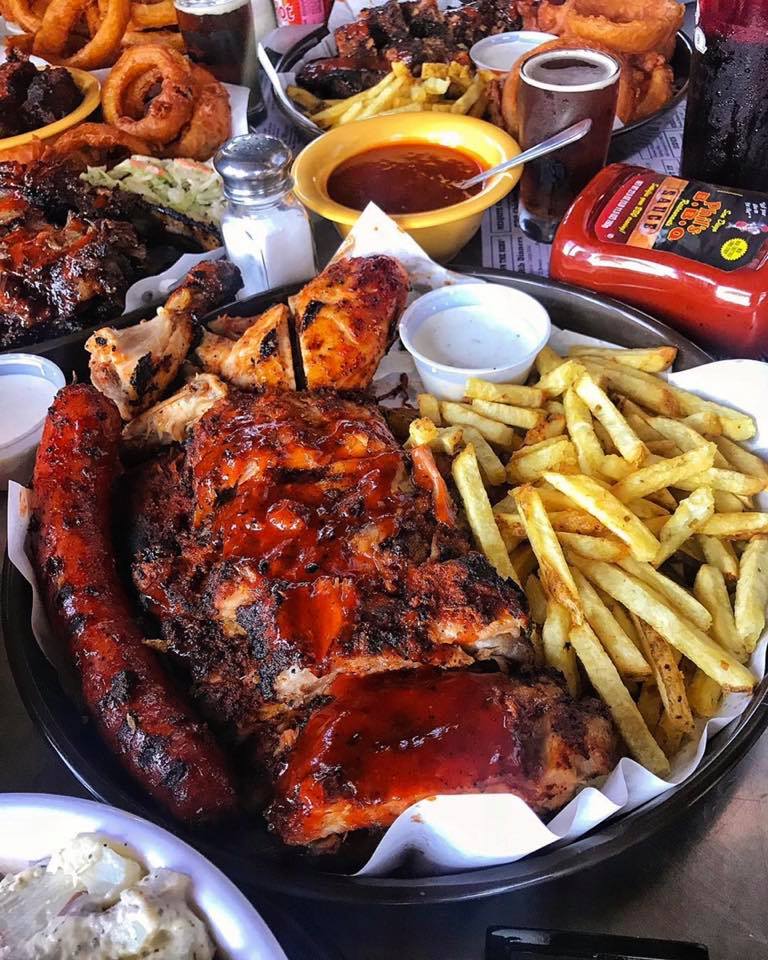 A lot of us remember Phil’s first location in Mission Hills, opened in 1998. The aroma of their signature sauce wafted through the air for blocks. Now, 21 years later, they have served over one million gallons of BBQ topping over their mesquite grilled beef ribs and chicken. There are eight locations, with the newest being at Sycuan. Phil not only knows how to cook a mean piece of meat, he’s also a heck of a nice guy, having donated over $1 million to charity. 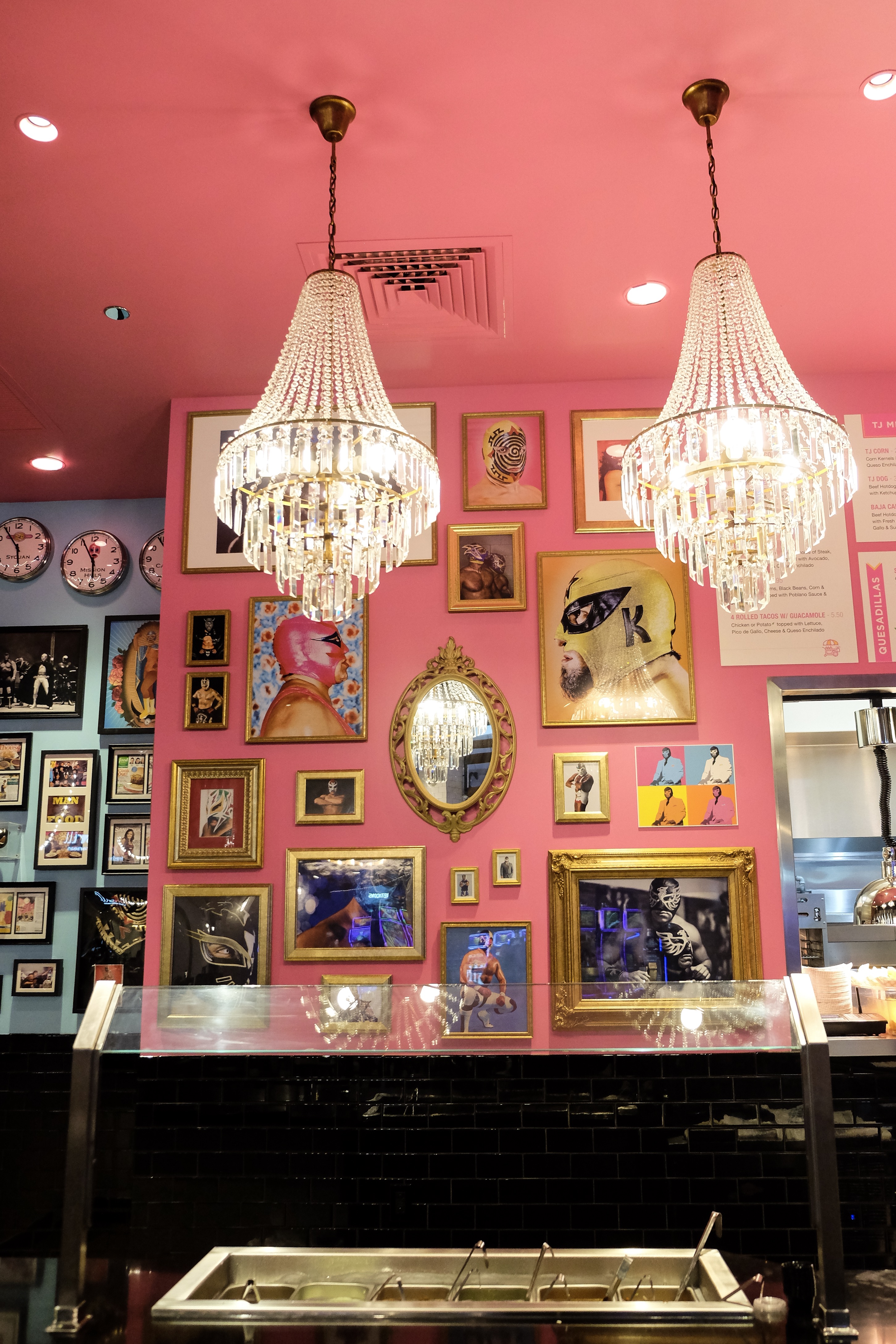 Another Mission Hills start up, Lucha Libre is a crazy cool Mexican food shop owned by three Rojano brothers. The name means “free fighting” in Spanish, a term from pro Mexican wrestling adoringly watched by the brothers when growing up. They parleyed their passion into the restaurant, with food names such as “full nelson enchilades,” as well as wrestling photos and memorabilia. Fighters were know for wearing colorful masks while in the ring, which spurred on the brothers to offer a discount to anyone wearing similar masks into the eatery. 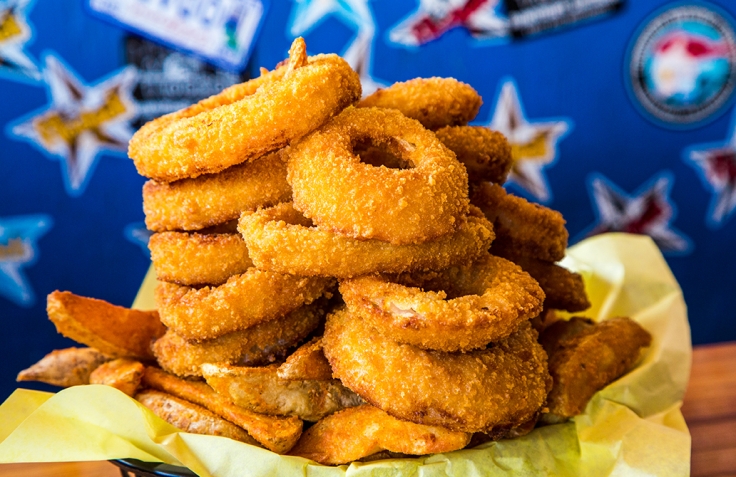 Lovingly dubbed “San Diego’s burger joint,” Hodad’s has been a family owned and run mainstay in America’s Finest City since 1969. Once a shack on the sands of Ocean Beach, the third generation is now running its four locations. One secret to their hamburgers amazing taste is the beef is always fresh, never frozen, and delivered daily. I feel another big draw is their onion rings and milkshakes. The rings literally crunch loudly when bitten into, like the sound of a potato chip. And they’re not greasy! The shakes are made with THREE scoops of real ice cream. Some employees have worked at Hodad’s for decades. No doubt the food keeps them there. And actor Bill Murray pops in when he’s in town. 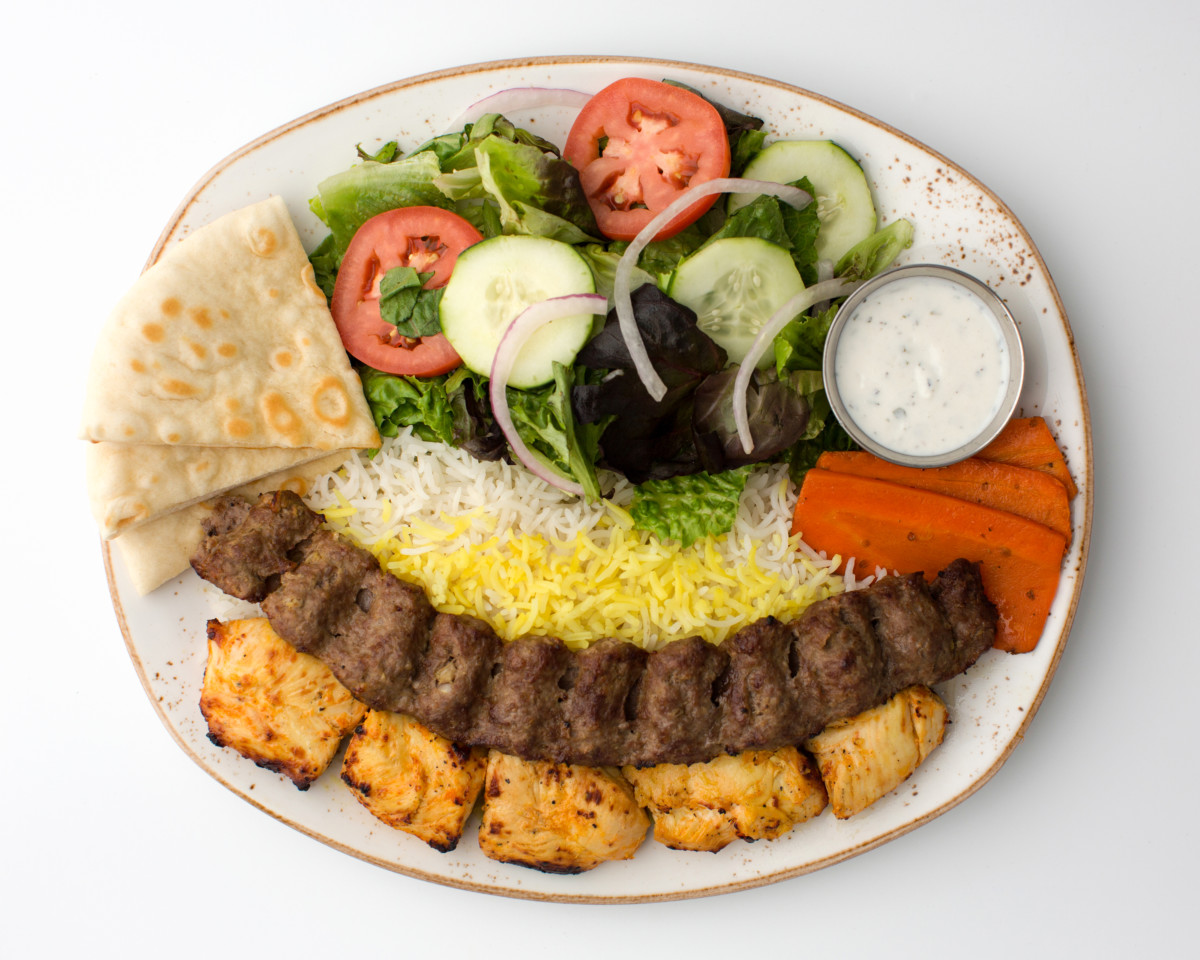 Fast and healthy food that taste great! Lots of choices are on the menu. I tried the chicken kabob, basmati rice, pita bread and garden salad, which revealed why they’ve won numerous awards for their antibiotic free, no growth hormone and non-GMO fare. The food doesn’t leave you feeling stuffed. The plate shown above is only 430 calories, but taste like you’re cheating on your diet. 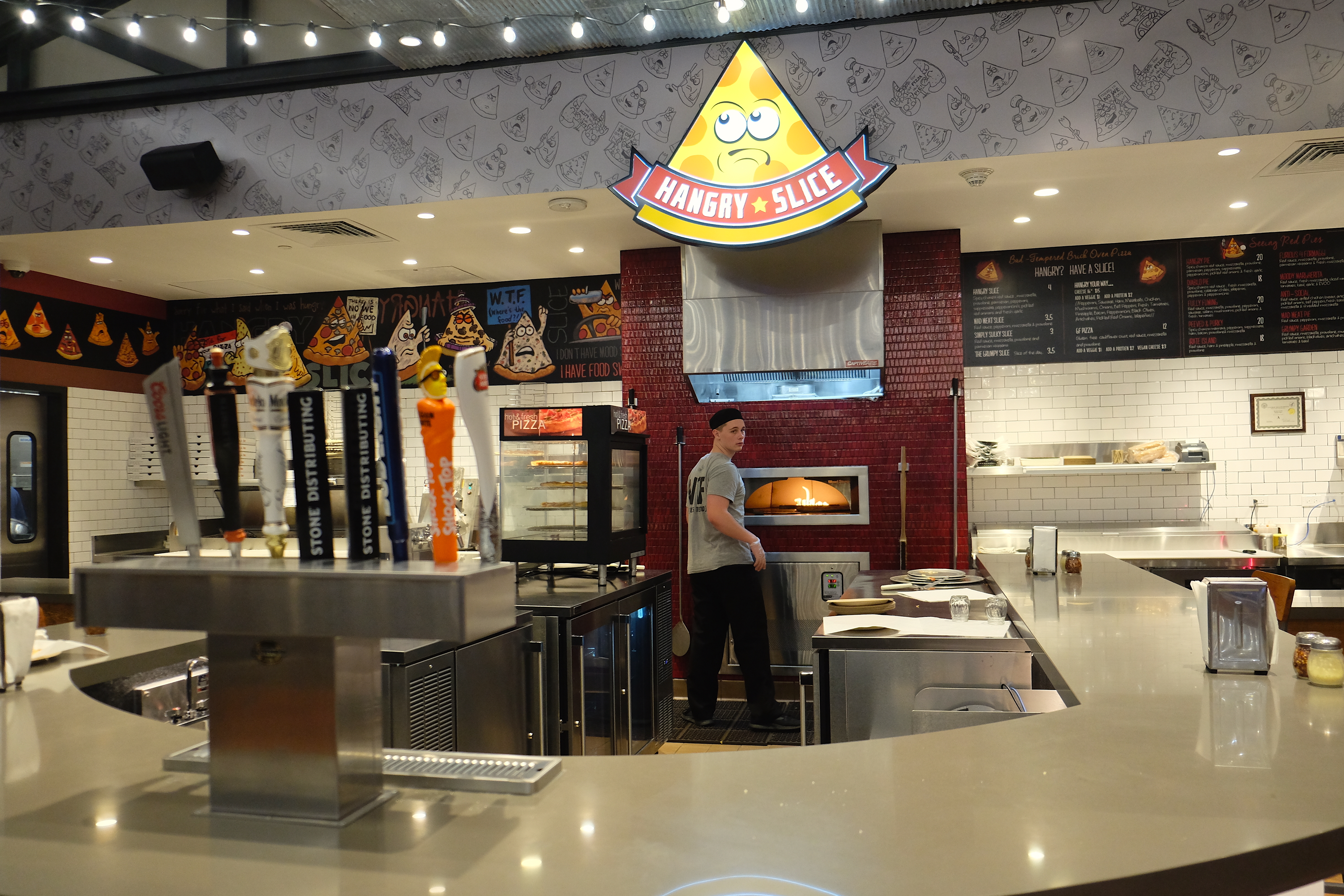 This restaurant is Sycuan’s foray into the pizza universe. It’s a tough market, but Hangry gives its best shot with an array of sauces and toppings. Interesting slants on the traditional include red chorizo sauce made from a pork sausage, and cauliflower pizza crust which make this newcomer stand out in the crowd. Their funny names for the pizzas are amusing. I tried the Bitter Bianca white sauce cheese pizza. It had the perfect amount of garlic and herbs. I’m eager to follow their progress as they perfect their pizza recipes. Grinders — also known as hoagies, subs, or heros depending where you’re from— are a Hangry favorite. The long sandwich is packed with a variety of meats, cheeses, and veggies.

I couldn’t eat another bite after grazing Sycuan’s new eats. I could, however, see spending a weekend at the new resort getting a massage, floating on an inner tube in the pool, playing a few rounds of blackjack, and exploring more cuisine.

Disclosure: Please note I was hosted by Sycuan Casino. I give my honest opinion and would never recommend anything I didn’t like.

Previous postHonored to be Included in San Diego’s Most Inspiring Stories!
Next postPet Stays