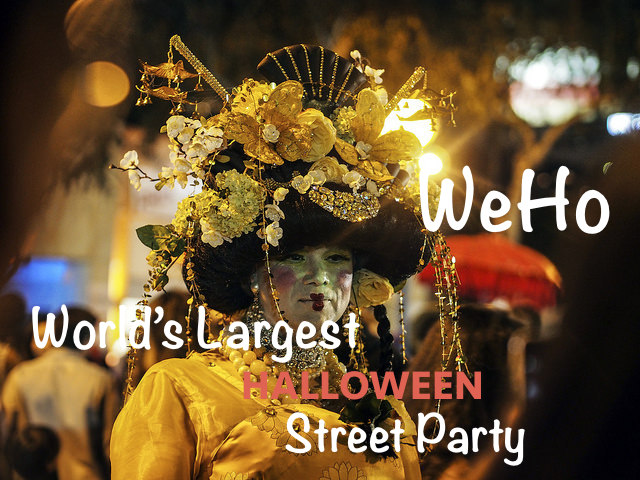 For one evening every year, the small town of West Hollywood with 36,000 residents becomes the sixth largest city in California.On Oct. 31, more than 450,000 revelers descend on the celebrity enclave to participate in “the largest Halloween street party in the world.”

A one-mile stretch of Santa Monica Boulevard hosts the West Hollywood Halloween Costume Carnaval. The road is closed between La Cienega and Doheny boulevards. “It’s a moving sea of costumes and people,” said Bill Hayes of the West Hollywood Convention and Visitors Bureau.