Vacationing in communist Cuba is a mix of experiences. It’s a melting pot of 11 million inhabitants comprised of people from myriad countries, all migrated to the island throughout history, either willingly — Spaniards, French, or under duress — African slaves.

The capital, Havana, with its crumbling history and riot of color is bustling with kind, smiling locals who numerous times approached me asking my name and where I was from. They are a happy culture. Children play on the streets laughing. It doesn’t matter they can’t afford a deck of cards. They improvise with cut up cigarette packs. The U.S. embargo and collapse of the Soviet Union have taken its toll. Cuba once produced 1/3 of the world’s sugar. Today, only 1%. Images of Che Guevara are everywhere reminding us of the revolution which took place over 50 years ago. 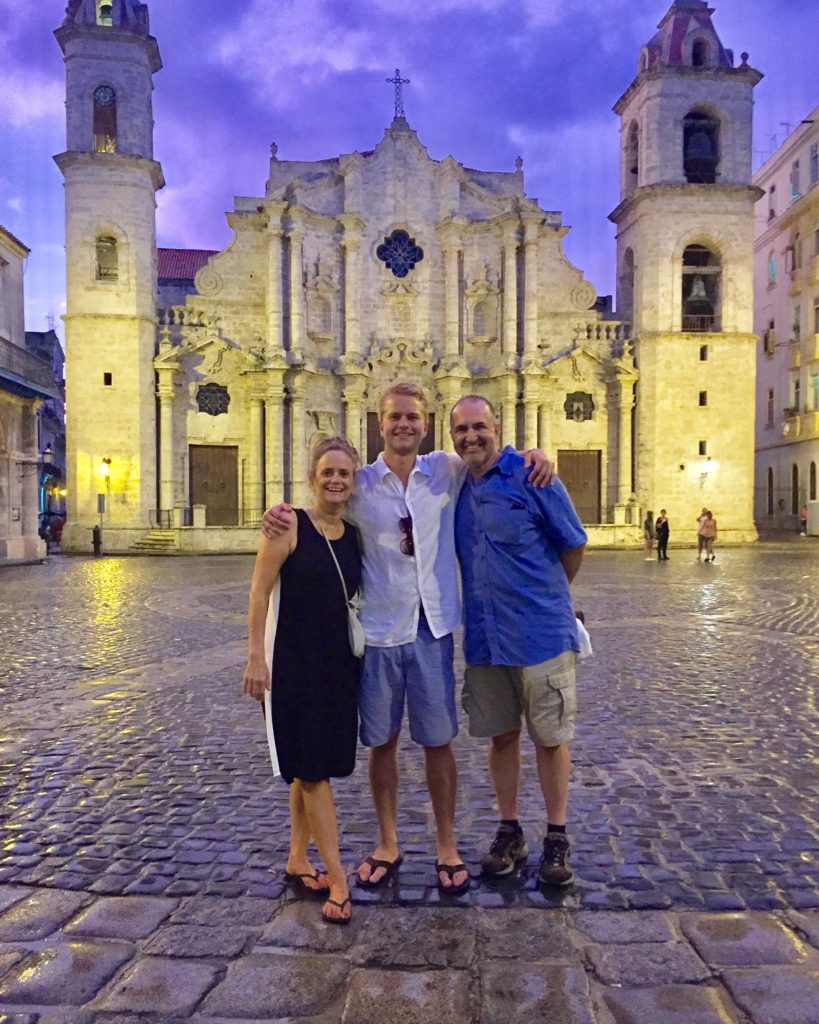 The highlight of the trip for my husband and I was exploring the country with our 22 year old nephew, Diego. Miguel, Diego, and I were simpatico and had the same agenda. An evening at the Tropicana Club cabaret; smokin’ stogies in Vinales tobacco fields; visiting museums and plazas; sharing meals with Cubans in paladares; dancing at festivals; and truly being immersed in the culture. 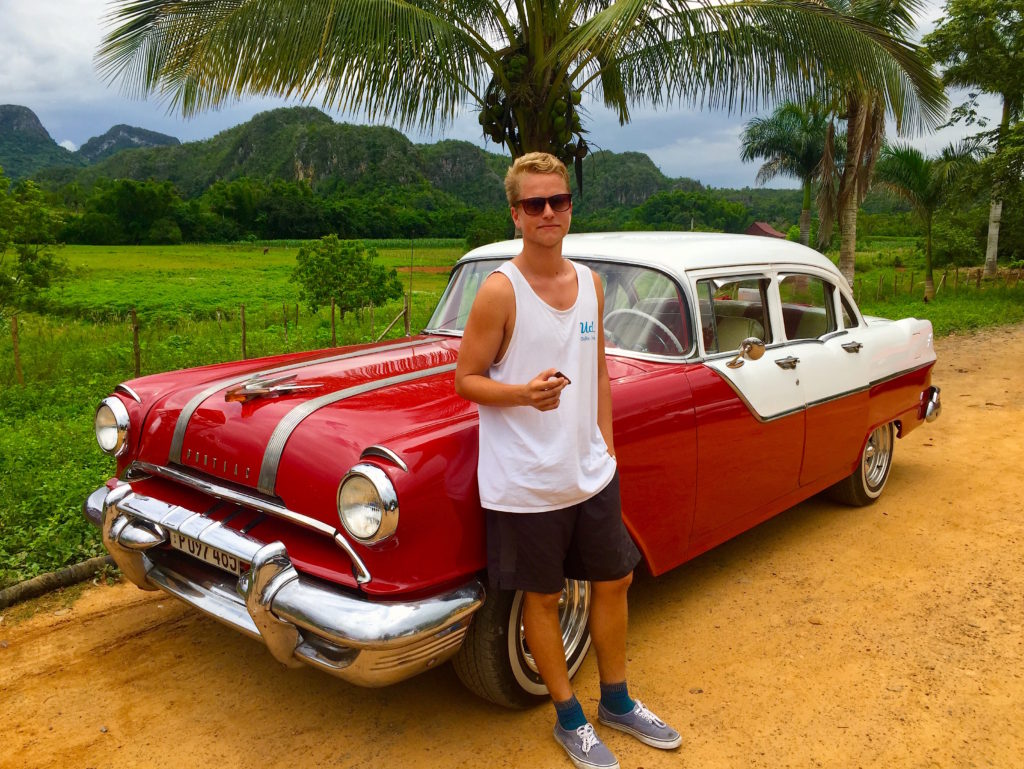 No trip to Cuba is complete without a visit to the Vinales tobacco fields via a 1955 Pontiac. Green doesn’t begin to describe the countryside two hours outside of Havana. About 90% of the tobacco leaves grown go to the government, the farmers keep and sell the remaining 10%. The tobacco is organic and the cigars are smooth! The man rolling them dipped the end in honey because Che Guevara smoked his that way

We rented rooms in casa particulars from locals in their neighborhoods and witnessed firsthand true Cuban lifestyle. 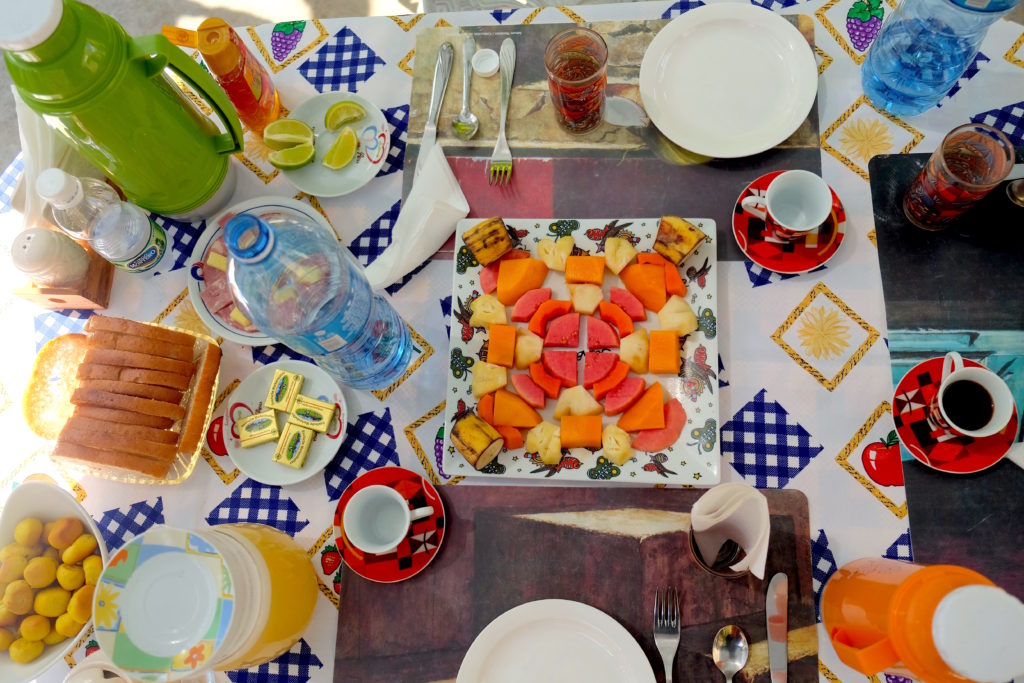 With the 2015 reopening of the American embassy in Cuba and relaxed travel restrictions, organized tour companies from the United States now usher intrepid tourists throughout the developing nation. This coddled mode of seeing the country sounds appealing, but the boys opted to go it alone and have me plan our trip ?. Although Cuba’s virtually nonexistent computer network posed a few reservation problems, Airbnb, who books the casa particulars, navigated the issues and opened the door for us to meet wonderful people. Each morning our hosts prepared breakfast. The presentation was a work of art. Fresh fruit, homemade bread and Cuban coffee the strength of jet fuel started our day perfectly 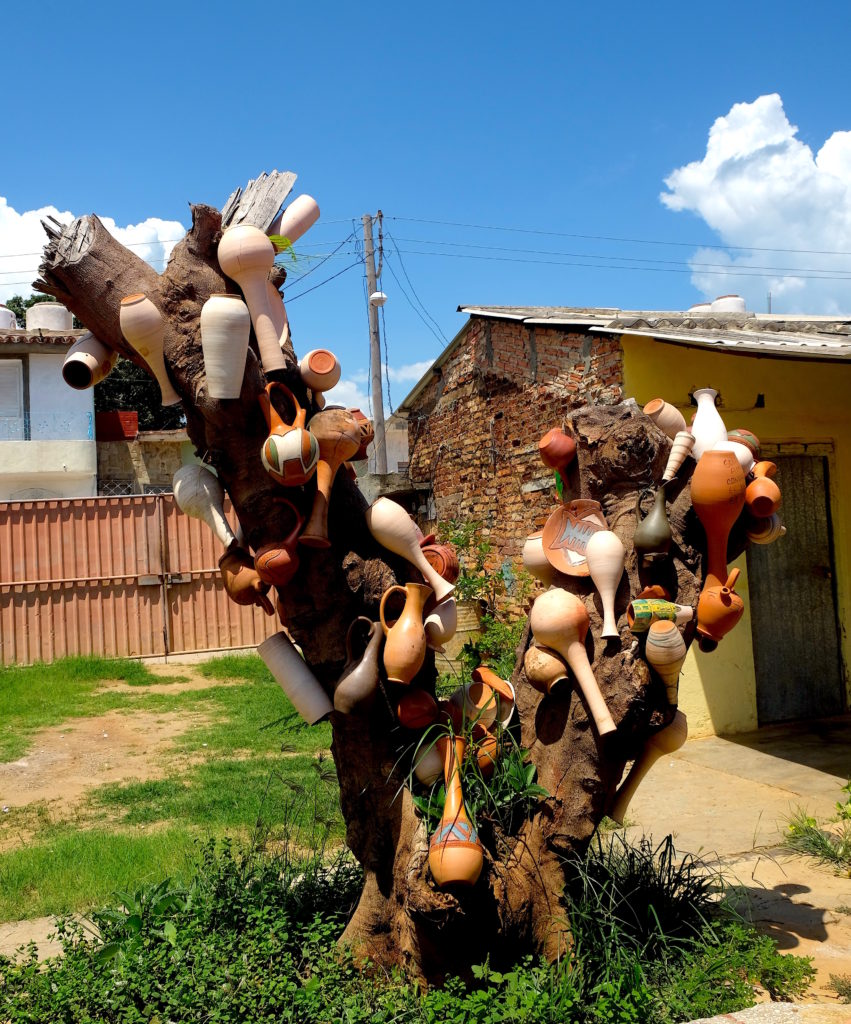 Age has taken its toll on Trinidad with lots of dilapidated homes, but that certainly doesn’t dampen the locals’ spirit. ChiChi Santandar, a nationally respected potter, has his studio on the outskirts of this town. We were fortunate to watch him create his masterpieces, and even bought a few items which he signed for us.

The tres gringos (that’s us 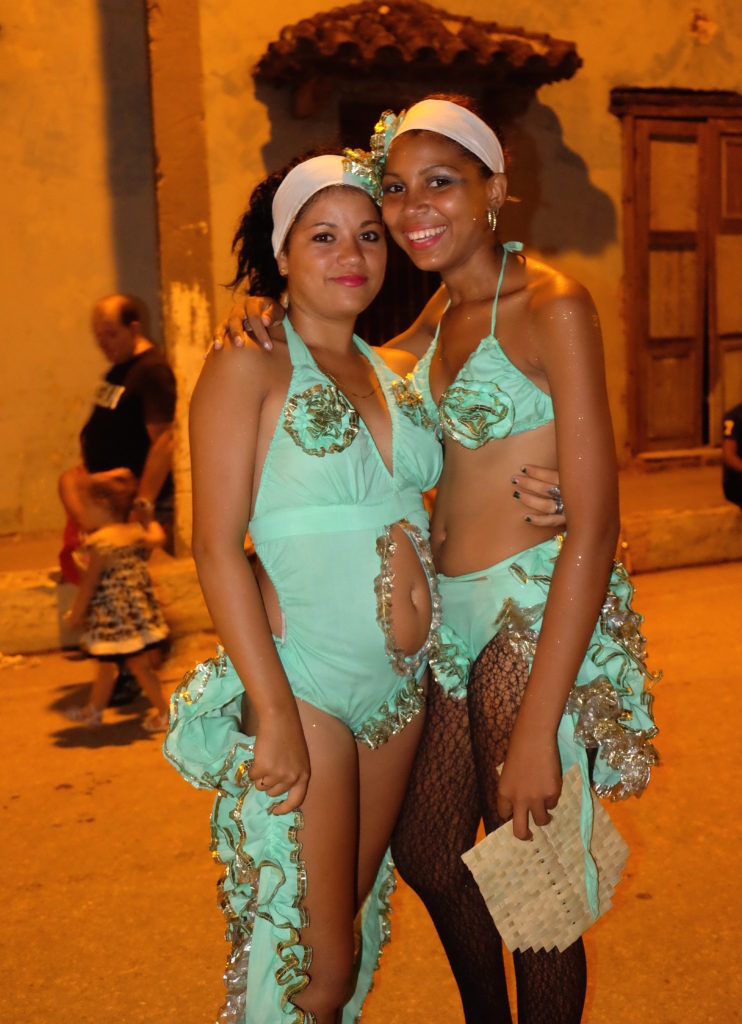 Trinidad, a town of 75,000, celebrates their largest annual shindig — Fiestas Sanjuaneras Carnival — in June. Rum-fueled horsemen gallop through the streets, Trinitarios dress in traditional costume, and live bands blast Cuban songs. It just so happened we were there during the event so we joined in the fun!

When not bustin’ a move, we took in the attractions — the charming Plaza Mayor with royal palms, cast-iron benches, & marble statues; and shopping the open-air markets with rows of hand painted Cuban scenes and wooden carvings.

Many residents suggested we go to the unusual nightspot, Disco Ayala — or La Cueve as it’s known. It’s a club deep inside a cave. Miguel opted to stay at our AirBnB, so Diego and I laced up our disco shoes and headed out. We descended numerous flights of stone steps deep into the dark cave. A dance floor, bar, strands of red and blue lights, disco ball, and huge screens showing music videos reverberated throughout. Throngs of millennials were drinking mojitos and swaying to the techno tunes. After an hour I headed back to our casa particular and Diego stayed with his new found friends. I’m way too old and tired for that scene anymore

We bid Trinidad adios and went to the laid-back port city of Cienfuegos about 45 minutes west. 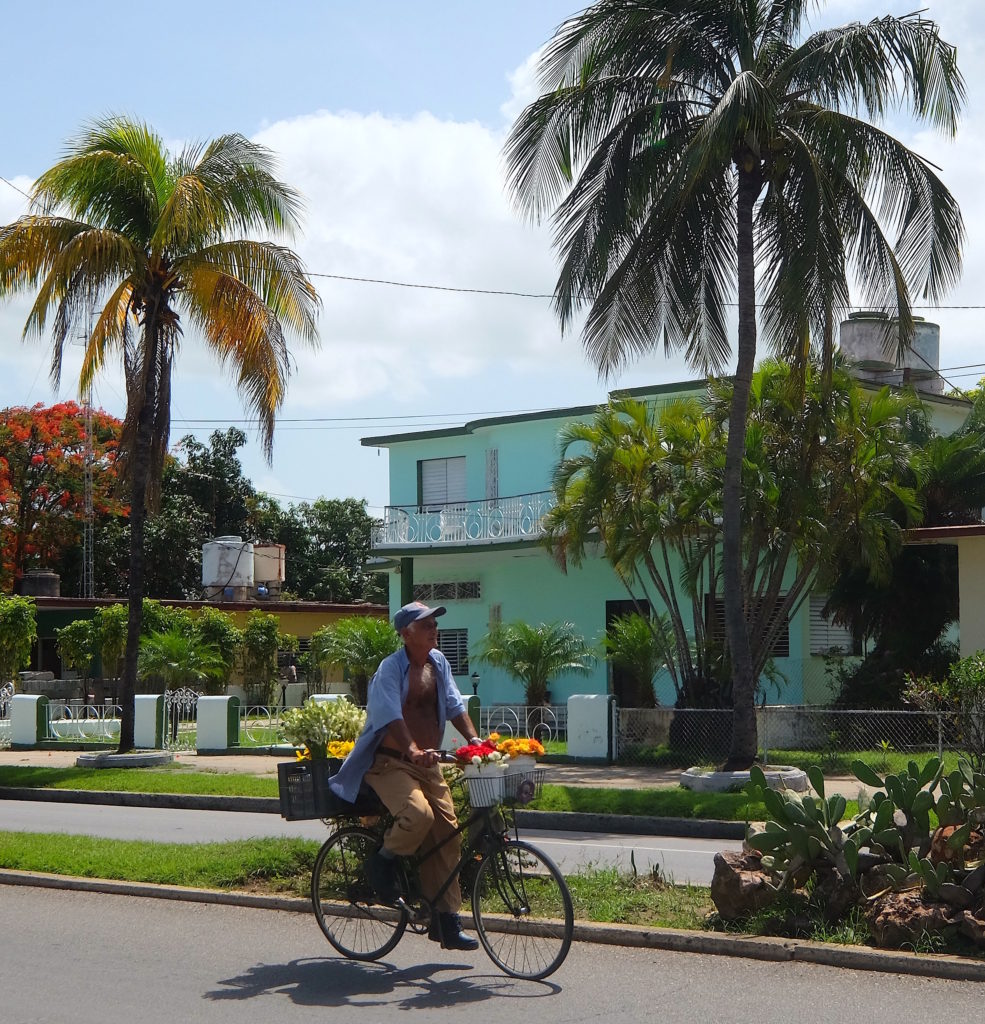 The seaside town cradles Bahia de Cienfuegos, and has a promenade running alongside the gorgeous waterfront. In the early 1800’s, Frenchman Don Louise D’Clouet invited 40 families from New Orleans, Philadelphia, and Bordeaux to establish the fledgling settlement. With the arrival of the railway in 1850 and sugar cane barons who built a dazzling array of mansions, Cienfuegos became, and still is, one of the prettiest towns in Cuba.

Our septuagenarian AirBnB hostess, Julia Esther, was adorable! She greeted us with a big hug and smile like a grandma. Her little pero, Pollito, wagged his tail in equal exuberance. Julia Esther gave us a few suggestions of must see sites and we were off to explore. Parque Jose Marti was the hub of activity with historic buildings and shops. Also, the perfect place for people watching

?. I loved seeing locals ride their bikes around the plaza selling flowers from the front basket 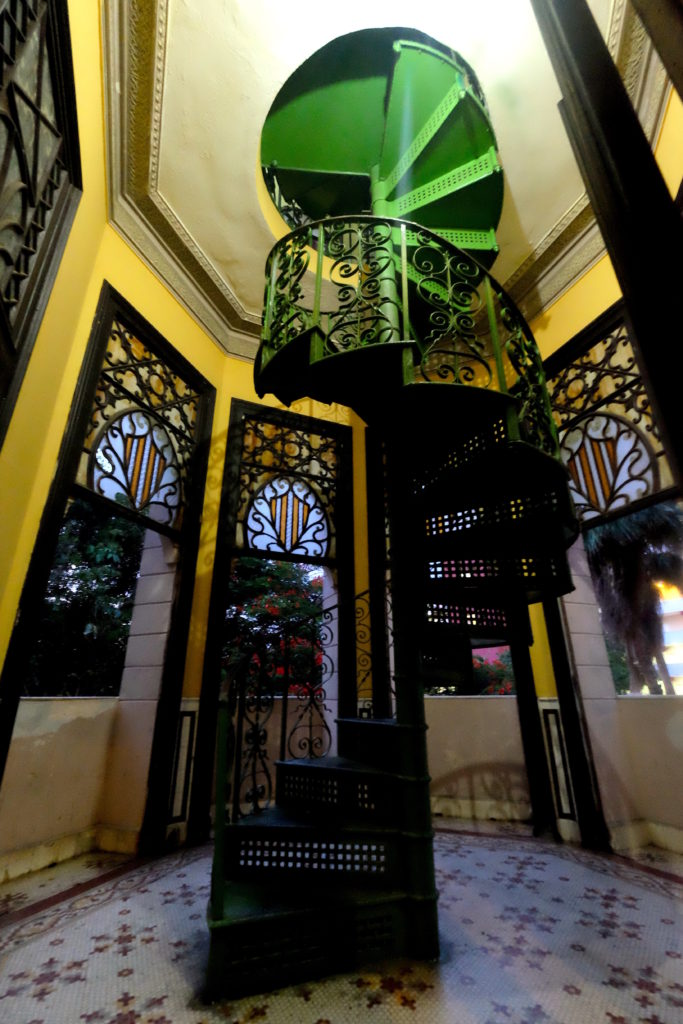 We left Cienfuegos for Havana early the next morning.

We arrived in Central Havana to our fourth, and final casa particular while in Cuba. When the cab driver dropped us off, my heart sank. The neighborhood looked like a war zone with collapsed buildings, piles of trash littering the streets, and people loitering. Miguel, Diego & I were skeptical until we crossed the threshold of our Airbnb into what looked like a museum! Twenty foot, wooden beam cathedral ceilings, stained-glass arched windows with red and blue light refracting onto tile floors laid in the 1800’s, and exposed stone walls made our jaws drop. Tatiana and Jose, our young hosts with their two small children, own the gorgeous historic building. They rent two rooms and live in the back of the house. As with all our hosts, they were a delight and made us feel right at home.

A visit to Santa Clara Battery on Taganana Hill. 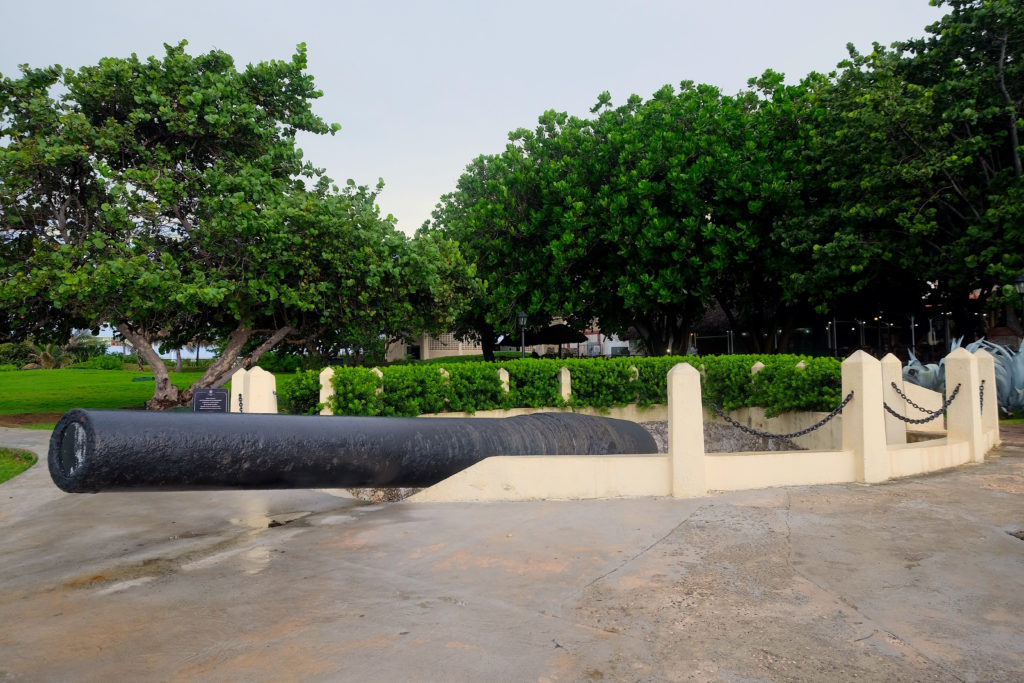 This is the site where Fidel Castro and Che Guevara set up headquarters during the Cuban Missile Crisis. Underground tunnels and two Ordóñez rifles (which look more like cannons) remain today. The fort is in one of Havana’s most upscale areas —Vedado— on the property of the Hotel Nacional Cuba where prime ministers and celebrities now stay. 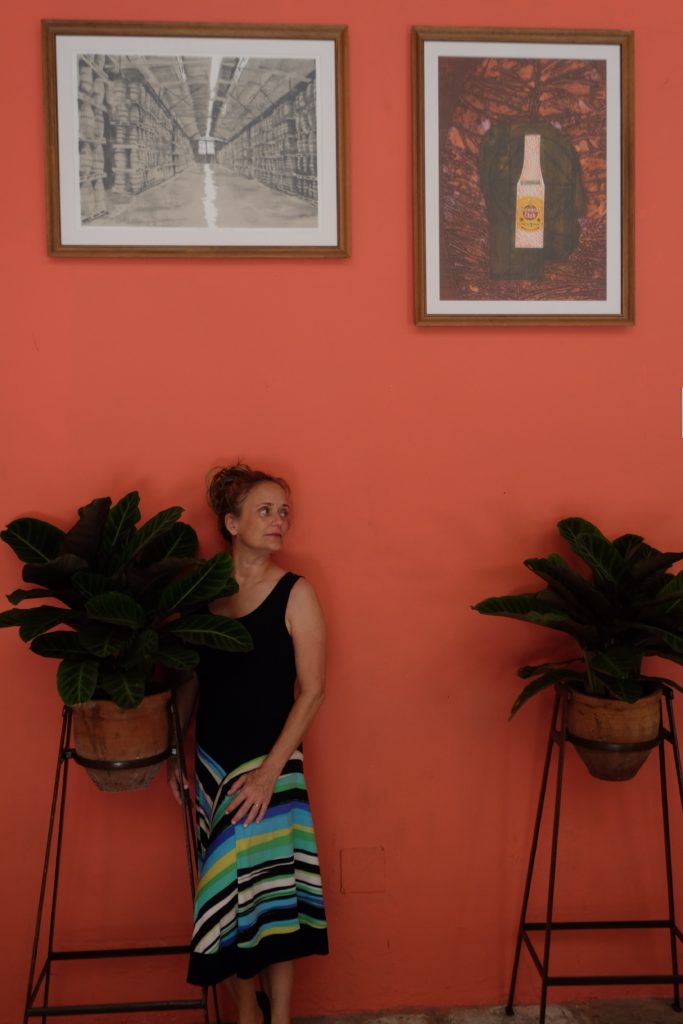 Facundo Bacardi Masso immigrated to Cuba in 1830 from Sitges, Catalonia and created the first clear, or white, rum in the world. The company has been family owned for seven generations and was a mainstay on the island until the family left Cuba after the Castro regime confiscated their assets in October, 1960. Now, their former rum factory serves as a museum giving tours and selling Havana Club logo embossed trinkets. No Bacardi rum is sold in Cuba anymore. Havana Club is the hooch of choice for the locals. That’s why HC products are the only ones sold today. We toured the beautiful historic building filled with antique machinery and photos hung on sienna painted walls depicting an era when the industry was in its heyday. We watched sugar cane branches being ground into sweet juice, and lots of tourists milling around.

Best meal of our trip! 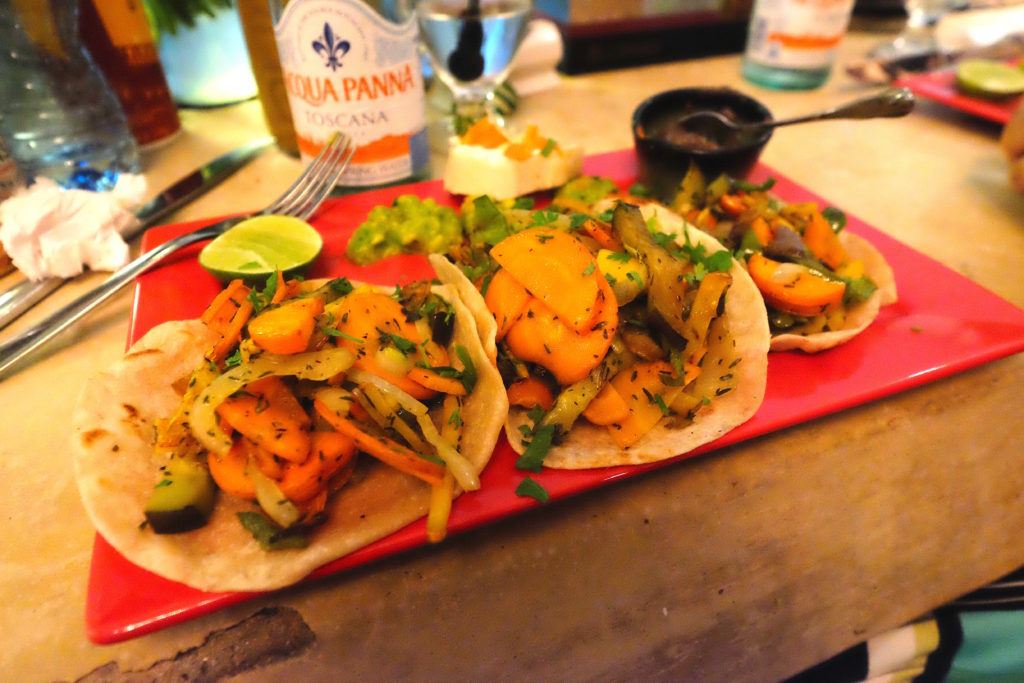 Our last evening in Cuba we went for dinner at one of Havana’s top paladares. These are restaurants run by locals, usually in their home or a small rented space. Jose Carlos owns O’Reilly 304. Tables are hard to snag at this muy popular place, so we waited awhile. Glad we did because the veggie tapas and lemon dessert were excellent! 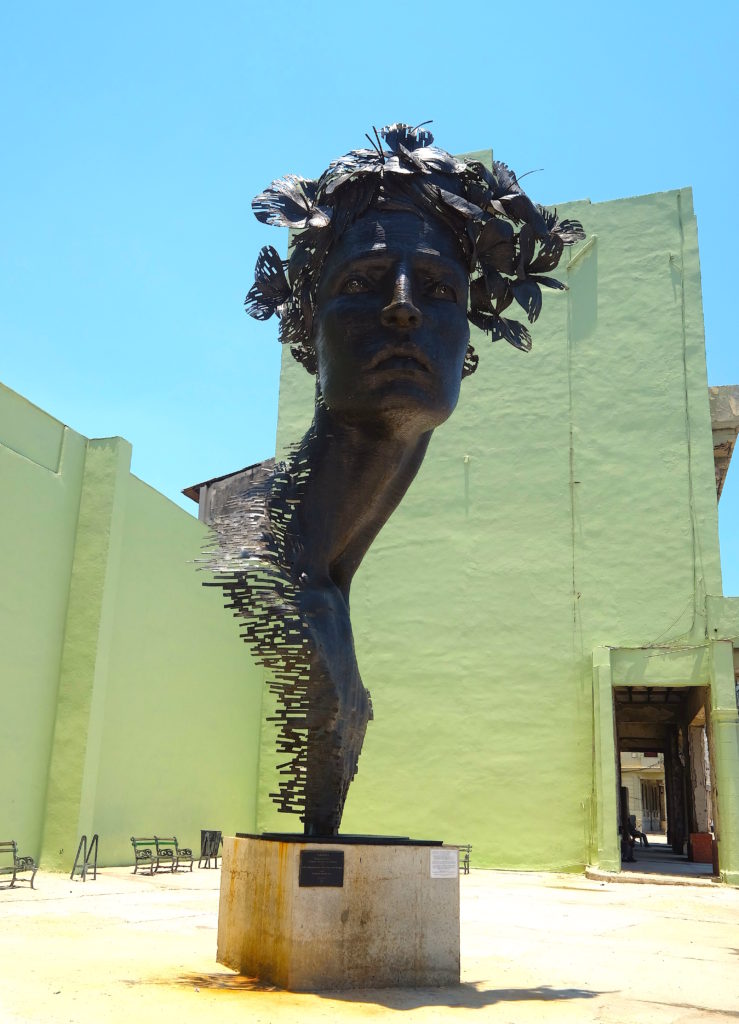 The country’s beauty and poverty both took our breath away. Classic cars worthy of a museum exhibit rambled around tourist areas offering rides for $20. Buildings’ ornate finials, hand carved banisters, art deco facades, and marble archways are hidden under the tarnish of decay and neglect, but are slowly being restored. Callejon de Hamel, Havana’s one block community art project, is now the city’s hotbed of creativity.

We left Cuba with a warm spot in our heart for the good people. What other country is stuck in a time warp; simultaneously dilapidated and dignified, merry and maddening? It will be interesting to see where Cuba is in 10 years. I’m sure the people will still be singing, dancing, sipping Havana Club rum and smiling

Previous postTrain Travel…Dining with Amish on the Strasburg Rail Road, Canada’s VIA Rail, and Australia’s Ghun
Next postThe Society and Cook Islands Are Always a Good Idea